The debate of Enchilada sauce vs Taco sauce is better will never end, as both sides have their diehard fans.

You’re probably familiar with the warm, spicy flavour of Mexican food. You’ve likely tasted a few sauces that made your mouth water and you may have struggled to find subtle differences in perfect enchilada sauce or rich taco sauce at home when cooking meals for friends- they might seem almost identical! So what is this difference?

The main difference between these two ingredients has to do with their respective ingredients. Taco sauce usually uses tomatoes as its base while enchiladas will use chilli peppers instead for flavour.

You don’t want to disappoint your dinner party participants, so it’s time to clear up any confusion once and for all.

There are many differences between taco and enchilada sauces, but one of the most notable is the ingredients. A perfect sauce for a typical Mexican meal should be spicy with chilli powder or cayenne pepper in order to give it that extra flavour needed

A key ingredient to both sauces has always been tomatoes – they can go either way on adding vinegar or not depending on what type of flavour profile you’re going after (a little tangy never hurt anyone)! In addition, there’s smoked paprika which does wonder when added during cooking time.

So it infuses into every bite better than ever before. sweet peppers are great if this isn’t done already but be careful since these might overpower other flavours near them such as those found from garlic cloves used

In a taco sauce, tomatoes are the star of the show and provide a sweet yet acidic flavour. On the other hand, when making an enchilada sauce it’s not about ONE ingredient. Instead, all ingredients must be pureed until smooth before being cooked for hours at high heats so they thicken to create that rich texture with just enough liquidity left behind.

There are a number of key differences between the two sauces you’ll want to pay attention to. So we discuss them in-depth through this article with some more Mexican favourites and recipes.

What is Enchilada Sauce?

Enchilada sauce is the most important part of making enchiladas. It’s full-flavoured, spicy and creamy to dip your mouth-watering meal into!

The perfect combination for all those who enjoy this dish are spices from Mexico such as cayenne pepper or garlic. however, you can always add something extra special like chilli powder if it suits what you’re craving that day too.

Typically, Enchiladas Sauce is used as a thick, load of flavour that sinks into the stuffing and enriches the meal. The dish can be filled with anything from meat, cheese or beans to potatoes and vegetables; they’re always delicious!

Enchilada sauces come in many different flavours. The most common type is a traditional red sauce, made with tomato paste and chilli powder (among other seasonings). This savoury concoction can be warmly spiced- but not always hot.

There are also green versions that are much more flavorful than their red counterpart. It does not contain tomato paste, but instead relies on chillies for heat and depth of flavour with roasted broth that you can customize to whatever your preference may be!

One of the most common types of enchilada sauces is in white sauce. It’s usually made with butter, flour and sour cream to give it that creamy base similar to how red Chile sauce starts out before any tomatoes or other ingredients are added in later stages. The heat comes from green bell peppers which can be quite spicy so watch out if you’re sensitive! Most cooks will cover their dish up once they put cheese on top then add some Monterey Jack for extra spice but no tomato paste at all–that would just cause too much mess when cooking these delicacies over an open flame (or even electric).

What is Taco Sauce?

Taco sauce is a delicious and versatile condiment that we can use in many different ways. You could drizzle some over nachos, tacos or burritos for an added burst of flavour with every bite.

Taco fans will find this recipe easy to customize depending on their preferences which makes it perfect as long-term storage too – just add hot sauce if you want spice without the heat (or vice versa).

You’ll have an unbeatable homemade taste with none of the work – guaranteed perfection every time.

Some basics facts of Enchilada sauce vs Taco sauce :

Authentic enchilada sauce takes more time to make than the others, but it’s worth it. The chilli and cayenne pepper sauces take less work because they’re easier to mix together with just about any food item you might want on top!

The authentic Enchilada Sauces are very versatile- everybody has their own secret spice that adds flavour. however, there is often not much difference between many of these different versions aside from how long each one needs to be heated up before being used (except maybe adding some red chillies).

Enchilada sauce can have a lot of variations depending on what you use for your enchiladas. For example, green Chile and red pepper sauces are common in Mexico while taco sauce is not as diverse with only one type different from other Taco shops around the world

There are also some different types that come out when it comes time to make salsa. That will affect how much liquid gets absorbed during cooking. Watery versus thickened versions are so sure to check those ingredients before adding them!

Finally, tacos sauces are popular for tacos but they also serve as dipping or nacho-loving foods! Mexican fans usually like using enchilada sauce on a dish that has chunky chicken in it. Not only does this make sense because of its history behind various dishes from Mexico City (the origin point), but if making an entirely vegetarian version be sure to use vegetable broth rather than beef bouillon otherwise things might get too salty tasting without enough spice when combined together at first taste level before adding more spices later during cooking time.

How to Substitute Taco Sauce for Enchilada Sauce

Despite the fact that enchilada sauce is derived from chilli, you can substitute it for taco and vice versa. However, if your preference is a cayenne pepper flavour over the classic red-tomato based, then feel free to indulge in an extra serving of this yummy looking dish.

If you want more than just some tortilla chips dipped into what tastes like Mexico’s most popular condiment but doesn’t have quite enough heat or thickness as needed by many people’s palate – meaning they often opt instead opt-out on using both types combined (enchiladas)- try dipping them first before consuming altogether by adding onto each bite either just after cooking has taken place while at home.

When making a sauce for tacos, be sure to add the right amounts of chillies and spices. You want one that has plenty of spice but not so much chilli powder or fresh jalapenos that you end up feeling like your mouth is on fire! The same logic goes when using an alternate ingredient: if we don’t have any in our fridge (or just happened to use all hers) then go ahead and substitute with extra taco sauce from last night’s dinner instead–we’ll call it “enchilada” sauce from now on.

Taco and enchilada sauces are thickened with corn or flour, rather than water. For a taco sauce, you can add more liquid by blending in red chillies for flavour as well as yoghurt which will make the dish silkier overall! If your preference is white instead of brown then try adding tomatillos into a blender to turn an old classic green sauce into something new again

There are three main differences to keep in mind when using taco sauce as a substitute: texture, quantity and spice.

The consistency should be similar but not exactly like the original because we want our dish or meal to taste great without taking away from how good everything else tastes too! Cayenne pepper is better than chillies for some people while cayennes have stronger flavour characteristics; so experiment depending on you as well as your personal preference level when spice shopping at an Asian grocery store since they carry many different types of peppers (capsaicinoids).

Do you know how often you buy specific ingredients for your recipes? Like, the day before a party and then someone pops up at the door with Mexican food cravings.

Literally, things just don’t go as planned. Sudden uninvited guests or an unexpected lack of time means that it’s all-or-nothing. But luckily these emergencies are usually avoidable by having some key spices around! Remember: happiness is more important than picking sauces from different styles.

So if enchilada sauce isn’t really what matters anyway because tacos are way better anyway.

The hipe between Enchilada sauce and Taco sauce is not important to those who don’t mind eating whatever is in front of them. No matter the dish you make, your taste buds will thank you for it!

The Best Way to Cook Rice Without Burning Try In Your Home. 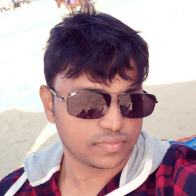 Best pans for cooking pancakes for your meal

Can You Put Styrofoam in the Oven? let’s find out.

Newspaper is your news, entertainment, music & fashion website. We provide you with the latest news and videos straight from the entertainment industry.
Contact us: [email protected]
© Newspaper WordPress Theme